“It’s Only a Message”: Young Artists and Imaginary Power 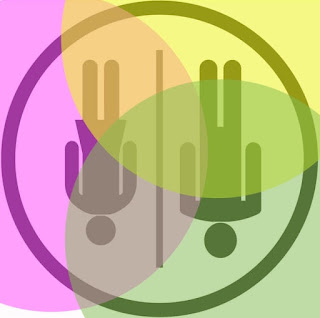 TR: Talk of rape and genitals

What do penises and messages have in common?

The essay “'It’s Only a Penis’: Rape, Feminism, and Difference”* begins with a description of the following incident among the Dayak community of Gerai in the Indonesian Borneo: One night a man from the village snuck into the window of a freestanding house where a widow lived with her children. He crept through the mosquito net over her bed and slipped under her covers, whispering for her to be quiet. When the widow awoke, she pushed him violently and the man fled back through the window, his clothes in disarray, followed by curses from the widow and excited murmurs from awakened neighbors.

The next day, Christine Helliwell, a white, Australian woman, who would later author the aforementioned essay, listened in horror as the village women laughed about the incident. They went so far as to mimic the man climbing out the window and running away, “genitals askew.” Everyone, men and women, “shrieked with laughter.” Only Halliwell was “shocked and appalled.”

“I knew what this was called,” she would later write in her essay. “Attempted rape.”

Appalled that the villagers were laughing, she tried to explain to them that “this is a very bad thing he tried to do.” Everyone in the village knew who the man was (the widow had yelled his name during the incident) and Halliwell immediately passed verdict: “I knew what he deserved: the full weight of the law.”

“No, not bad. Simply stupid,” one of the village women told her.

Helliwell felt vindicated when the widow herself arrived to tell the story. Her anger was palpable. Helliwell inquired why she hadn’t hit the man with one of the many wooden implements at hand. At this, the widow looked puzzled. Why would she do that? He hadn’t hurt her, after all. Halliwell, who did not know the word for rape in the Dayak language (because, she later found out, no such word existed), tried to explain that “he was trying to have sex with her, though she did not want to.” The widow looked at her with a mixture of “pity and puzzlement”: “It’s only a penis,” she said. “How could a penis hurt anyone?”

I thought of Halliwell's essay (I don't remember when I first read it) while reading an article in the Middle Class Artist about an opera critic named Andreas Laska, who wrote incessantly to young, female American singers living in Europe, sometimes promising them an interview which never materialized, sometimes asking for voice lessons, sometimes asking where they lived, complimenting their looks, or schooling them on their German. He was, to be sure, strange. He was incessant. He made these middle-class and upper-middle-class white women feel a bit queasy with his over-familiarity. This compounded with their sense that any small slight on their part could derail their careers. If he promised them an interview, they felt they would be turning down a precious opportunity should they not humor him. Shunning him, they feared, would mean he could one day give them a bad review.

The description of Laska’s behavior in the Middle Class Artist, painstakingly researched through in-depth interviews and anonymous tips, is tediously detailed, complete with screenshots and voice message recordings. There is a pictogram showing a single male figure and 73 female figures (the same plumply angular ones that mark public restrooms) to show just how many women this one man contacted. One of the women said she “felt trapped for years” by Laska’s messages. There are some unfortunate attempts at narrative passages: “Our first story begins with Jane, ten days after her high school graduation… Jane met Andreas Laska on a June 2018 vacation in Germany on a train to Düsseldorf. She bumped into Laska and said, “So sorry.” He responded, “I don’t speak English.” It reads like the beginning of a badly-written romance novel.

I am a white, middle-class half-American woman – but in this case I felt like I was reading an anthropological treatise from an utterly foreign land. Were these women afraid of Laska’s messages? If so, why?**

My main takeaway from Helliwell’s essay is that power can be vested in things - like penises or messages - by culture. Unfortunately, such imaginary power can also be self-fulfilling. Just because the Dayak do not have a word for “rape” and, at least when Halliwell asked around, could not name any incidents in their community which would resemble rape, doesn’t mean that rape doesn’t exist. It exists in our culture. The question is why it exists.

Helliwell proposes the following: the Dayak people regard male and female genitals as basically the same, just “in a different place;“ they see some work as “better” for women, and some work “better” for men, but they are fairly fluid about this distinction, going so far as to believe that a man could give birth to his children, should the mother of his children reject this duty – they find this prospect unfortunate, but not impossible. They do not, in other words, put extreme emphasis on the difference between sexes or genders and from this it follows that weaponizing sex is unthinkable (in this sense, we may see rape as a patriarchal and heteronormative construct.) While this may seem a stretch, at first, it starts to make sense when you think about it: Why would you weaponize an act which you see, on a fundamental level, as a meeting of two equals? Seen this way, the fact that Western culture could regard a sexual act as anything but harmonious and consensual starts to seem utterly twisted. And yet by imagining it that way, we have brought rape into existence. In her conclusion, Halliwell cautions that “the tendency among many Western feminists writing on rape to accept as a seeming fact of nature the normative Western iconography of sexual difference leads them to reproduce (albeit unwittingly) the very discursive framework of Western rapists themselves.” So, too, I would caution us today not to fall into a self-fulfilling prophecy of infantilizing women and vesting power into messages. The discomfort some of these women felt at receiving messages from a strange man was real, to be sure. They did not need to feel this discomfort, however. If we did not place so much emphasis on the difference between men and women, we would not have to constantly police the interactions between them. If we did so, a woman contacted by a man in such an incessant and socially unaware manner would not feel threatened, but merely sorry for a strange individual who is behaving in ways which are, frankly, not advantageous to him. She would not need to feel powerless. She would not need a blog exposé to swoop in like a white knight to save her from a man who had no power over her to begin with. And yet, in our culture, messages have made the lives of women worse, simply because they have been vested with imaginary power, just like the penis, an appendage whose imaginary power inspired Moira Gatens to write the awful line: “Why concede to the penis the power to push us around?” I’d rather this bizarrely mixed metaphor never have to exist but I agree with her.

So: Why concede to the message the power to trap us?

The Middle Class Artist article does not seem to categorize Laska’s exploits under sexual harassment, or as #MeToo worthy at all, and instead seems to more readily file them under “cyberstalking.” That said, I do wonder if something as relatively mild as this would ever get on anyone’s radar, and if Middle Class Artist would ever undergo such a painstaking investigation and run such a detailed article, if the victims weren’t women and the perpetrator a man. Though nothing much transpired, though Laska had no real power over these women’s lives or careers, it seems the article simply expects our minds to contort this incident into an age-old patriarchal fantasy. Why should we not see this incident as that of a lonely, strange person being bothersome to a bunch of privileged people who could otherwise go about their lives? Instead, we are expected to see it as male (read: powerful) opera critic feeling entitled to the time and attention of female (read: vulnerable) singers. We are asked to subconsciously interpret the incident through the lens of gender stereotypes. That is the only way to read the article without laughing the whole way through.

The reason it’s important to acknowledge this is that there are horrific thing that happen when power mixes with a culture of sexual repression, isolation, and ego-worship. Need I give examples? Jeffrey Epstein and Ghislaine Maxwell. R-Kelly. James Levine. What does it say about our time that even as details of horrific abuse rise to the surface, it only seems to pique our appetite for punishing people for trifling slights? It’s like we’ve descended into a symbolic reality in which degree doesn’t exist, just the general shape of things. Is there a man who made a woman uncomfortable? Eh, good enough.

People who actually live in the real world, where real abuse happens, know what abuse looks like and should speak out when they see trifles being paraded around as an excuse to ruin the lives of strangers simply for clicks, views, and engagement. These sorts of "exposés" infantilize women to the point that they actually feel "trapped" by messages. Laska’s power was utterly imaginary. He is an unappealing man of whom we actually know very little, except that he clearly has intersocial issues. And yet we are expected to applaud Middle Class Artist for exerting very real power over him as retribution.

Here’s another awful line: Messages are penises that can’t do anything. Stop giving things power that need not have it. There is enough unfettered power in this world as is.

** I guess they would argue that they were afraid of a "bad review" but anyone who has observed the world for a minute would know that one bad review does not end a career just like an interview does not launch a career. The whole thing is based on a sexist fantasy of women "getting ahead" or "getting punished" based on their interactions with men. This helps no one. I mention this issue in my YouTube video on this same incident "(Not) Harassing Young Singers".