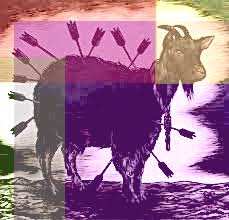 I need to make a confession.

Over the past year, I’ve written and made videos about some “cancel scandals,” two small (which is to say the ones printed in Middle Class Artist, a blog researching and covering issues relating to young opera singers) and one, called #SchenkerGate that was fairly big, considering it had to do with music theory and covered in major media outlets. I have since removed most of that content (except for one blog post about the coverenge of a mild stalking scandal here.)

Here’s the confession: In “covering” these stories, my desire was to critique the cyber-bullying which has become the norm in dealing with pretty much any issue. You wouldn’t know that was my motivation, usually, by my tone or even the content of what I said. Why? Well, my feeble humanity: While most of us do not want to hurt others, we are also likely not to stand in the way of other people hurting others, because our self-preservation is, quite understandably, stronger than our empathy. Walking away from trouble that doesn’t concern us is a prerogative we all have. However, it is also the reason bullying works.

But I’ve realized something important: I have nothing to lose by being honest. I do not have a career or a platform or anything anyone could take from me. That’s likely why, even as I have become increasingly blunt (like in my last critique of #SchnkerGate in which I call out American college professors for losing touch with reality and my blog post on the pettiness of certain harassment claims) I have not gotten any flack for it. Having nothing to lose, I feel a responsibility to say what others may not be able to.

Still, I have felt guilty. Guilty because what I was talking about, in covering these “cancelings,” was other people’s lives, ones I don’t even know. I was trying to have it both ways: I thought if I made critiques from that angle of the “cancelers,” I was likely to get through to the people who needed to hear it. And the fact of the matter is, I never had to lie about anything I believed. I just underplayed how much of an issue I had with the pile-ons and name-calling and the public shaming and overplayed how much I understand, oh, yes, really understood, how the person at whom ire was directed may have been “doing wrong.”

I wish I were capable of practicing radical empathy. Radical empathy assumes that empathy for one individual does not negate empathy for another. In other words, you do not need to choose sides – you bestow empathy on everyone, from victim to perpetrators, because we are all both, to some extent. Moreover, having empathy for someone does not mean that you also have sympathy for their actions.

That said, when I think of the particular cases I have made content about, I may not need to worry about cultivating empathy without sympathy. When I really look at the three scandals I have covered -a music theory professor who dedicated an issue of an academic magazine to critiquing a lecture, vocal competition organizers who seemed to want to beef up their competition website by using the names and likenesses of random singers, or an Austrian opera critic who wrote too many messages to female singers – I think: Whom did they actually hurt?

How was theorist Dr. Ewell hurt by Dr. Jackson et al’s public disagreement with his lecture? The answer is, he wasn’t. On the contrary, it has been a “boon to his career,” as he himself has said.

How were a bunch of singers hurt by their likenesses and names being used on a competition website without their permission? The answer is they weren’t.

How were grown women hurt by an opera critic writing to them more than they would have liked? They weren’t. If being contacted incessantly by a strange man causes them trauma, then I would argue they are not traumatized by the said man but by a culture which tells them such behavior is supposed to be traumatic.

Now, let’s look at the so-called perpetrators. Were they hurt by the backlash?

Well, Dr. Jackson, who dared publicly criticize his colleague’s lecture, has described ostracization of the kind that has impacted his health. He has not lost his job, but has been removed from the Journal of Schenkerian Studies. Last I checked he was trying to sue the university, which doesn’t seem like a good idea. Let’s remember that he is in the position he is in, however, because of stating an opinion publicly.

I do not know much about the strange Martinovich couple and their competition grift – I do not think they were necessarily hurt by the Middle-Class-Artist-generated backlash. But I have met people like them before – the couple that is riding the coattails of the husband’s former, only somewhat overstated, operatic success – and can say that punching at them is not punching up. When you look behind the faded glory, there isn’t much there, just an uncertain income from mild exploitation of young singers’ misconceptions about the opera industry. Condemning the greed of colleges overproducing opera hopefuls is a much better use of time than scapegoating former opera singers.

Mr. Laska might have been the most directly destroyed by the public exposé. After the Middle Class Artist article came out, he was fired from both of the journals for which he wrote and publicly condemned by them. He has a wife and child. I would like to ask Middle Class Artist this: Was it really necessary for those close to Laska to be potentially exposed to detailed information of their husband and father’s private behavior? If Middle Class Artist wanted to be a good Samaritan, and really felt that Mr. Laska deserved to lose his jobs, why did they not simply send all of the information they had gathered (or in many cases solicited through a call for anonymous tips), screen shots and voice messages and all, to the journals he worked for? Why did they write a public article about it? I do wonder if the folks at Middle Class Artist thought just for a moment of what awesome power they were exerting over someone’s life, and not just one life but an entire family – and for what?

When you take them apart, all these scandals have to do with overstating harm.

I can already hear the argument about how the “punishment” of the perpetrators wasn’t so bad: perhaps Mr. Laska will be writing under an alias in no time, and the Martinoviches will just continue their grift in Europe where no one reads silly blogs, and Dr. Jackson wasn’t fired, anyway, so what? What is disturbing is that I see very little actual harm done on the side of the so-called perpetrators and more done on the side defending the supposed victims. Much of that harm is still within the realm of mere words, words, words online. However, the actions of the “defenders,” in these particular cases, are threatening livelihoods and quality of life to a much greater extent than the original offence. The original “offences” have simply been construed, sometimes consciously and sometimes unconsciously, as symbolic of a greater problem – racism, capitalist exploitation, and sexual harassment respectively – and are used as a scapegoat for these much larger issues.

Radical empathy is hard, because it means possibly attracting some of the ire directed at those who have been marked as “fair game” for people to take out their Purge-like impulses on. It’s easier to scapegoat than to have to focus on reality, a complicated, messy, unsatisfying reality in which everyone can be both a perpetrator and a victim.

At the very least, I hope to never join in on this mean pastime.