Swan Song: On the Impossibility of Endings 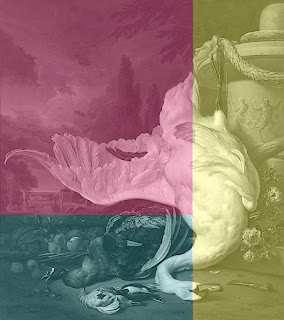 We’ve felt like this before, haven’t we? Like, now, now the pandemic is finally going to be over. And yet Americans are obsessing over the Delta variant, I’ve heard whispers of a third lockdown, vaccinated people are catching the virus. In the Czech Republic, everything has been opening and closing throughout the last two years – endings and beginnings seemed to have lost their meaning, here.

When I catch myself wondering if the pandemic has ended, I remind myself that there are no endings in life. Everything just tapers off, like a leitmotiv that appears with less and less frequency. So, for example, when I tell people that I’m now in the midst of my swan song as a classical singer, it feels both very honest and very dishonest at the same time.

I started this blog nearly three years ago in an attempt to speak honestly about what life is like for most aspiring classical singers – which is to say unsuccessful, unemployed, financially exploited, and artistically unfulfilled singers. And there were classical singers - even ones who, in fact, did have careers - who responded to what I was writing. Looking back, I don’t quite know what they saw in my ramblings. I suffered from a case of graphomania. I was writing into the ether in order to escape my personal life. It now seems absurd to have written so many words about meaningless auditions and pay-to-sings and training programs. True, I was trying to see if I could make something interesting out of a very uninteresting, ordinary, rather embarrassing circumstance. I was daring people, in fact, to criticize me for not writing inspiration stories of triumph and success, the kind everyone seems to prefer in narratives about performing artists.

That’s over, now. I’ve recently erased many of my blog posts and most of the YouTube videos I’ve made over the pandemic. The latter had the advantage of teaching me how to edit video and audio. I can use that, now, to continue with the endeavor I started which I think is worthwhile, and that is interviewing, and thus documenting the lives of, ordinary artists. Although the pandemic hasn’t ended, I do find myself more and more preoccupied with projects outside of my online endeavors and increasingly enmeshed with real life (which does make me wonder if the pandemic really is drawing to a close) to the point that the online realm is starting to seem utterly irrelevant.

Today, I was reminded that leitmotivs which seemed to have tapered off can reemerge at any moment, slightly transformed, perhaps more distant, augmented to the bass or reduced to a quick flourish, to indicate nostalgia rather than the present:

Sometime in my mid-twenties, I hit bottom. I had a crisis having to do with a relationship which was abusive though also very passionate. For a year, while the relationship was ending, under the influence of an antidepressant which acted as a stimulant and made me act out what I would normally act in, I would call my ex-boyfriend at night, call him over and over, weeping. I was singing in regional theaters then, in small roles which should have served as stepping stones to larger ones. In a way, I was in the most promising part of my singing career, the take off. But the instability of my personal life may have circumscribed me more than I cared to admit to myself at the time – at twenty-five, I was able to scream into a phone until 3am and then go and sing in a rehearsal the next day, as if nothing had happened. In the following years, my voice became less and less resilient, even as I settled down and took care of myself much better than I did in my mid-twenties. And, gradually, everything seemed to sputter to a halt, not during my crisis, but after, which made it even more painful.

And then, just today, there was a ring at my door and it was him, the man I had La Voix Humaine-ed for a year. It was like the sudden, accented, reemergence of a melody I had long forgotten. He had been trying to contact me for years, through different channels and through different people, and I always blocked him or ignored his messages. And there he was, appearing out of nowhere like he always had. He has a new woman, now, he tells me, who is pregnant with his child. She’s an artist, of course. He always loved women who were tortured artists. In his early twenties, he got married to an eccentric opera singer thirteen years his senior with whom he had two children. He left her for an opera director his own age. He repeated the same pattern with me – left me for an aspiring opera director even younger than I was, which is to say nearly a teenager fresh out of high school. Men have the luxury of making the same mistakes over and over. I noticed his hair was turning gray, though by my calculation he’s barely 40. I knew, despite his saying, almost as an inside joke between us, that he had changed, that if I wanted I could start the whole rollercoaster all over again. But I didn’t want to – the recurrence of leitmotiv was only a recollection.

It would be dishonest of me to say that this was the closure I needed, that this was the defining moment - today, on the day that I write this post - the moment when I closed the chapter of my 20s. But here I am implying it, because the written words likes endings, even if they don’t really exist, not in life, not until the very last ending which isn’t life but death.

But if there are no real endings, can we believe in new beginnings?

Sometimes a new leitmotiv emerges, suddenly. It is both new and very old. The entire composition had been built around it, had been heading towards it, so that this new material is both utterly startling and entirely inevitable. It throws you. You’re afraid. Could this really be something new? And what if you lose it, what if it disappears again? Or what if it denotes something terrible – tragedy? You haven’t heard it enough times, you don’t know what it means, what it’s really attached to. Now, at the beginning of my third decade, is the first time my composition had truly startled me – first time since I was 13, that is, when I quite suddenly transformed from a happy child to an utterly inexperienced and utterly broken version of my current self. The difference is that now I am able to recognize the turn, observe it, marvel at it.

But enough abstraction. What does my swan song look like, anyway? Not much like I swan song, I admit. I’m excited to get back to interviewing artists and documenting the world of “indie” art on my podcast as I think that is one of the few useful and worthwhile things I'm doing. I’m just finishing up a video I co-created with a fellow participant of the cultural journalism residency at the  Aix-en-Provence festival. I’m excited about the very strange project I stumbled into for the Gallery of Modern Art, for which I am creating “vocal choreographies,” that is, process-music with splashes of graphic notation, for myself to perform as part of a video installation piece. I’m excited (though apprehensive) about the financial possibilities that have opened for the short film I am trying to produce around Juliana Hall’s monodrama Sentiment. On the singer side of things, I’m learning a gorgeous, though very difficult, song for solo soprano by Aribert Reimann to a poem by Heinrich Heine about longing (I don’t usually like Romantic poetry but somehow Heine’s “In dem Traum siehst du die stillen/Fabelhaften Blumen prangen” with its naïve plea to a fairytale being at the end, which Reimann sets in a way that evokes the desperate plea of a child almost in tears or a person crazed with unearned hope, made me actually weep when I translated it for myself) as well as Pub by Georges Aperghis which riffs on advertisements – both pieces selected from repertoire sent to me by someone I hope to be able to call my mentor, soprano Sarah Maria Sun, who is an artist I very much admire and who I am thankful to have met. I’m teaching voice and finding that I am actually able to help people find their voice. I’m attending seminars about the vocal apparatus and starting to get some clarity on how the voice works. I’m singing small concerts of Baroque and contemporary repertoire for the general public with a guitarist friend. In a pre-pandemic throwback, I'm about to reprise my role as a Montserrat Caballé stand-in (in spirit, not in body) with the leading Czech Freddie Mercury impersonator as part of a C-list-celebrity-packed variety show fundraiser I have been appearing in for about five years, now.  Though I’m acutely aware that a standard operatic career is all but out of reach for me, I’m still going to Berlin every once in a while for vocal upkeep with a vocal teacher recommended to me by an agent which whom I study standard operatic repertoire, though that is the most swan-song-like endeavor I’m engaging in at the moment, and the one I have the most mixed feelings about.

We connect endings and transformations with birds: The swan song, the phoenix. It’s probably just because of the banal association with flight, a fast movement towards some place out of reach, movement being an act of continued leaving and arriving, beginning and ending. And still I prefer to think there are no endings, just transformations, and they aren’t sudden but gradual. That’s true for everything, pandemics, careers, and love.