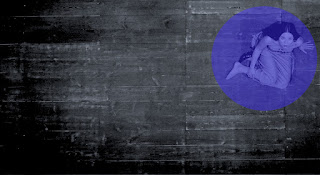 I was at a café with the producer of the short film I’m making and he asked me about the bandage around my wrist.

“I know. You’re too hard-headed for that.”

His insight was accidently profound. I say “accidently” because I think he meant it as a mere swipe at my not letting up with this damned film, in which the original “crew” (he and the director) all but lost faith. But the observation could have just as well alluded to something most people, even those very close to me, don’t realize the extent of, which is that I have often been overtaken with debilitating despair but that precisely because of that despair I have developed the mule-like propensity to always do the next small thing that needs to be done, and then the next thing, no matter how long the journey ahead and how little hope remains. And that is, in fact, the only way one can complete a film.

The bandages were from my only vacation this year - a two-day volunteering stint at an ecological farm a couple hours out of Prague back in August. We spent one morning weeding a parsnip field. The blisters appeared about three days later. It was a parsnip allergy. I thought of witches, for some reason. I imagined witch hunters whipping women with bouquets of parsnip stalks – which look inconspicuous, like the top half of any root vegetable – and waiting to see which cursed (curse-ed!) women would be covered in horrifying maps of blisters. The farmer told me, before we started weeding the field, that about 5% of people have this allergy (I’m not sure where he got that statistic) and to be careful. The reaction feels downright magical, like you had scalded yourself with hot water your body had merely imagined. The curse-like nature of it must have been what made me think of witches. A month later, I still have dark maps on my wrists which might remain.

I had the idea for making a short film around Juliana Hall’s monodrama Sentiment, with a text by Caitlin Vincent, for unaccompanied soprano, sometime in early 2020. This was before the pandemic, but the idea was basically the same: A singer finds herself in an abandoned theater, and has a meltdown while singing to an absent audience. When the pandemic started, the concept gained a new meaning. That is when I decided the idea was worth pursuing. A producer acquaintance connected me with a young Austrian director who had just won a FAMU award for a documentary portrait he made about a conductor. We shot a test shoot in a Prague theater during the first pandemic summer, the summer of 2020.

A long winter followed, during which the clip we created was supposed to be colorized (they told me this was important, the colorizing) but somehow wasn’t until spring, and poorly at that. The director ended up redoing the colorization on his own within a week. After this season-long delay, he sent me a heartfelt email saying he wouldn’t be surprised if I no longer wanted to work with him. But the truth is, I find him irreplicable. I predict that this young director’s potential success will be built on his easiness, on the fact that he is not a tortured artists, but a facilitator, a craftsman of staying out of the way.

I wrote a script this spring which added a new magically-real level to the story. The director and I agreed that we would like to incorporate allusions to surrealist cinema. I’ve become particularly inspired by Alejandro Jodorowsky who, having been raised in a circus and having worked as a mime in Marcel Marceau’s performance troupe, makes films with a theater-like quality.

And then a new direction emerged for the project, one inspired by grants. Yes, grants can be an actual source of creative inspiration, it turns out. In this case, a grant possibility has meant that the entire production process should be an educational opportunity for theater makers to apply their various specializations (lights, costumes, set design, assistant directing etc.) in film. We would like to make a documentary about the process of filming with a theater crew (under the tutelage of a film pedagogue), which would meditate on the interaction between the theater and film mediums. The whole film/theater dichotomy would thus be both a theme within the short film itself and baked into the filming process. A theater dramaturg based in Amsterdam seems to be on board with the project and I think will bring an interesting new perspective to it. I have recently connected with a rather well-known opera organization which might be interested in partnering with us, which would certainly help us get the grant.

All these bits of hope, these big plans, could disintegrate at various points in the process. My grant specialist recently resigned from the grant firm taking care of the project and I have yet to be assigned a new project manager. And, of course, we may not receive the grant at all, which would mean that, come May, over half a year of work would go up in smoke. And there’s a nagging question that has been bothering me lately: How much longer will anyone be interested in a short about a performer struggling with absent audiences?

But all you can do is the next small thing.

Several people whom I’ve consulted with on the project have said, independently of each other, that the story has to do with mental illness. One went so far as to suggest that we try to get a sponsorship from drug companies who make psychiatric medication. For me, however, it deals more with those questions which made me connect a parsnip allergy with witches.

Sentiment, the monodrama, has a self-consciously feminine quality baked into it, mainly because of Caitlin Vincent’s text. In my version, there is an evil feminine, in the form of a doppelganger, there is a flamboyant quality to it in the form of outlandish self-consciously operatic gestures and costumes, and there is also a constant undertone of (albeit, I hope, unpure, if we are to take Sontag’s definition) camp. After all, despite the fact that I have developed a tortured practicality in my meticulous doing-of-the-next-small-thing, I would never have become a performer and led the life I have led if I didn’t have some of the frivolous drama queen about me. It is this queer-femme-theater spirit (I add queerness because queerness and the kind of femininity that’s called “crazy” are both, I think, somehow part of the same flamboyant subversiveness, down to how much depictions of them risk caricature) which has perhaps made it so natural (and difficult?) for me to control the project as the only woman in a (hopefully temporarily) otherwise all-male team.

And yet even deeper than that there is my struggle with singing: No one tells you, when you begin to sing classically, that your voice can break your heart. That it can become a fantom that slowly eats away at you, snaps your spirit. It reflects back to you all your neurosis. It is a fun house mirror of subjective sensations – and yet there’s also no fooling it, no telling it “I’m fine, actually.” Through this process of emails and meetings and proposal-writing, I have worried whether I am worthy of giving myself the most juicy role anyone has ever entrusted me with, whether I will be able to carry it, both as an actor and a singer. The last three or four years, the end of my 20s, have been characterized by a steady sinking feeling about my prospects as a singer and only now, still sinking, I have the courage to look around and say: “There’s no going up anymore.” I have to fully commit to being an indie-creator, a project-based performer. The hope of a traditional career, more difficult physically but less demanding mentally, is folly, at this point. And this is something I should embrace, and yet I am still like the heroine of this strange little film, the existence of which hangs in the balance: tortured, trapped in her mind’s illusion, wrestling with herself, unable to accept the absence of an audience and also unable to accept its potential presence.

But all there is to do is the next small thing.